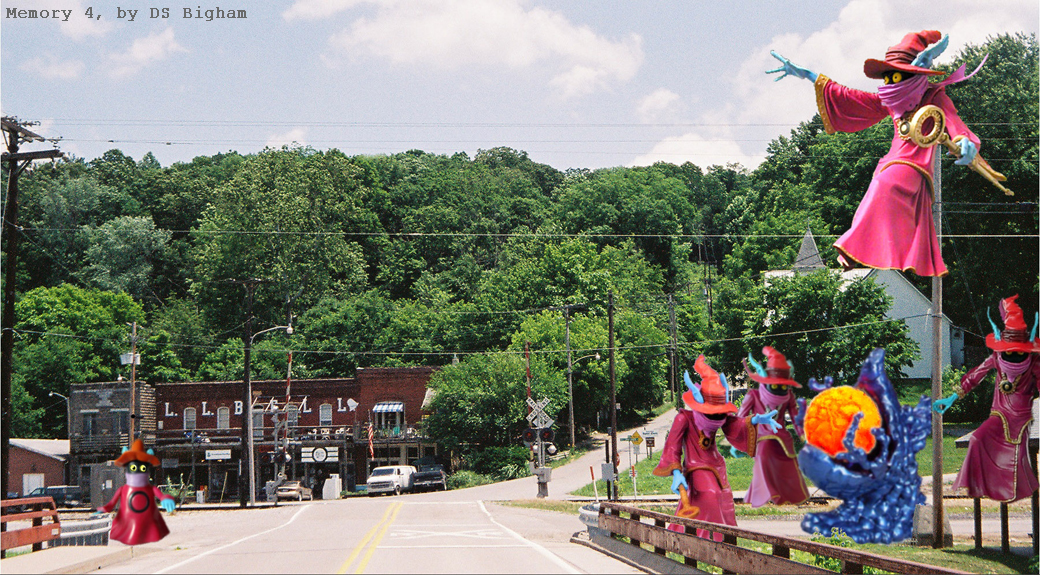 Orko’s older brothers would never let him play ‘cauldron’ with them.
“He’s too small, too puny,” they would say.

I love it when a plan comes together.  I’ve got a theme for today’s blog that ties-in with the “Trapped In Super Mario World” series on the webcomic (the novel, being a novel, has it’s own theme).   But before I begin, an admission: I’ve never rescued the Princess in the original Super Mario Bros.  Not in 20+ years of gameplay have I ever finished World 8-4 with the ultimate win.   Just keep that in mind…

Super Mario & Sisyphean Me.
I feel like my life has reached endgame, but don’t freak out!, I’m talking about a very specific endgame—Super Mario Bros: Level 4-4.   That’s the midgame castle level where, if you don’t run it in the correct sequence, you get trapped in the castle’s maze.   It’s not the Endgame—you’re not yet about to save the Princess—but it is an endgame, and, if you remember the game very well, it’s an important one.  After 4-4, everything changes.  After 4-4, you’ve proven yourself.   After 4-4, you’re ready to take on the world.  But you have to get through that damn maze first.

That’s where I am right now, endstage rather than endgame I guess, but still.  And, although once you knew the secret code for 4-4—the order you had to get Mario to go up or down—it was the simplest thing ever… it was never simple for me.  I could never figure it out; I couldn’t do it alone; by myself I was hopeless.  I always had to ask friends for help and my mind refused to remember the order when I played on my own.  When I played alone, if I didn’t cheat and warp past World 4, I was screwed.   I’d run out of time in that damn maze no matter what—subjected to endless repetitions of the same flat dungeon walls, the same grey scenery, the same quickening digital-calliope music, until I’d eventually die and have to start it all over again.

But, oh but!, on those rare occasions when I would hit upon the right sequence, when I stumbled running into just the ways the world needed me to, the elation I felt! Hallelujahs of joy so embodied that I’d barely ground myself in time to fireball Bowser and get the eff out of that dreaded wasteland.  But the victory soon soured, joy turned to frustration, pride to defeat because, having inevitably wasted most of my lives watching time slip away in the 4-4 maze, I found myself left with but one Mario to finish the dreaded 5-1, bane of my existence, the World where you’d get shot at, the World that taunted you with diamonds in the clouds. 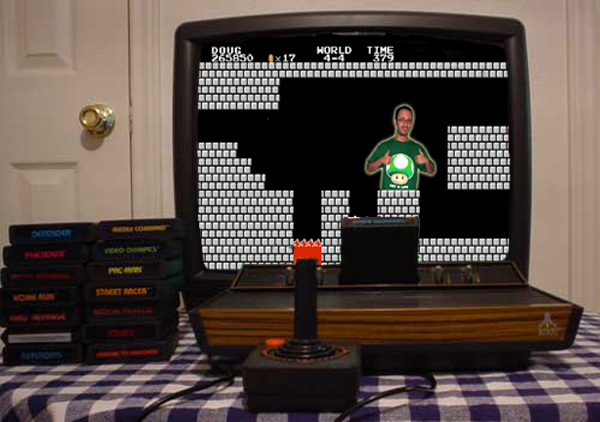 So, yeah, that’s where my life is right now.   I’m at Endstage, World 4-4, the Castle Maze, and I don’t know what to do to get out.  But I’m hopeful.  Maybe I’ll somehow make the right moves, stumble through in the right way, fireball Bowser, and finally move on, on to 5-1.  Will the real-world 5-1 be as deadly and promising as the Super Mario Bros World 5-1?  Probably.  And I’m okay with that because, even though as soon as I got there I was always in a panic to jump the bullets and get out as quickly as possible, I still always wanted to get there.

And so while I may be stuck in World 4-4 now, even though I hear the music quickening, I know I’m not done yet—I’ve still got time and I’ve still got four or five lives left in me… if fate should make me run the maze again.

I reference Nintendo, but really, I was always an Atari boy.

I like to think I would have kept it for my own videogame museum.
http://www.cnn.com/2010/LIVING/wayoflife/04/13/game.sells.for.thousands/index.html