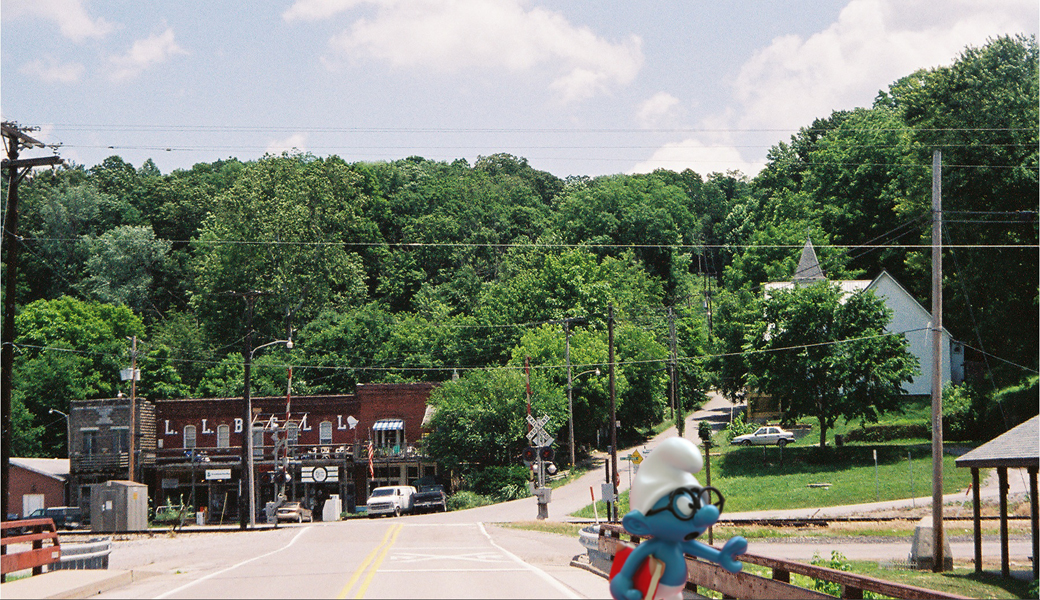 “À la recherche du temps perdu”… there really isn’t a great translation for it in English.   “In search of lost time” and “remembrance of things past” are the most common, but perdu is so much more subtle… it’s lost, missing, wasted, alone.  There’s a sense of darkness and despair to it.  And that’s not quite right, either—not quite what I’m going for—but it’s close.  This feeling, this sense…when I saw Foucault’s Pendulum in Paris, the feeling was so strong I cried; cried at the beauty, cried at the science, cried at being there, cried at inevitably leaving, cried that this far-away vision of Science and Love and Truth and Perfection would never hold the same mystery for me now that I had seen it.

Yesterday, I posted a facebook status: “What’s the difference between nostalgia and remorse?”  The comment board exploded with options, descriptions, cup-sharing, commiseration… and I was introduced to a new term (much thanks and props to DEJ!), saudade, which is “a fatalistic longing or yearning for something which does not exist or is unattainable.”  That’s about right.  That’s the feeling I’m going for.  Because it’s not that I’m concerned with just what’s already (not) happened, but also what’s (not) happening now, and what’s (not) going to happen in the future.  It’s like an emotional tip-of-the-tongue feeling…  Whatever I’m looking for, I’ve almost got it, it’s almost there, but not quite.

So you’re sitting there, lacking something but nothing you can name, and that’s where the recursion comes in.  Well, in my case anyway.  I think, “something’s a bit off, I feel not-quite-Y, maybe I should do X to feel more Y”, so I do X (three hours ago it was shopping at Toys R Us and Target; three months ago it was starting a webcomic; three years ago it was starting a novel), but by virtue of doing X, I realize I’m further away from feeling *truly* Y and that, in fact, I may never feel Y.  So, there I am, lacking something, feeling not-Y enough, so I think about doing X to feel more Y, ad circum.  And logically, of course, when you’re feeling like me—gay, solipsistic, saudade, and horny—there’s only one option, which is the topic of this Sunday’s Life After Ph.D. – Yet Another Webcomic.

And it makes me wonder about, of all things, The Singularity— specifically, about communication in a post-Singularity world.  Think about how we communicate with each other now, how we communicated in the past… does any of it ready us for how we might communicate in the future?  (I’m not talking about ‘Ooo, Twitter is cool’, but more fundamental or gravitas changes in communication.)  Sure, it’s fun to think about transhumanism and disembodied consciousness and all that, but how will we communicate?  How much worse with this feeling, this saudade, get if we don’t even have literal common ground to stand on?  If I can’t explain myself to you now, how will I explain myself when “myself” becomes a meaningless concept?  Which brings us to Part Two of this post… 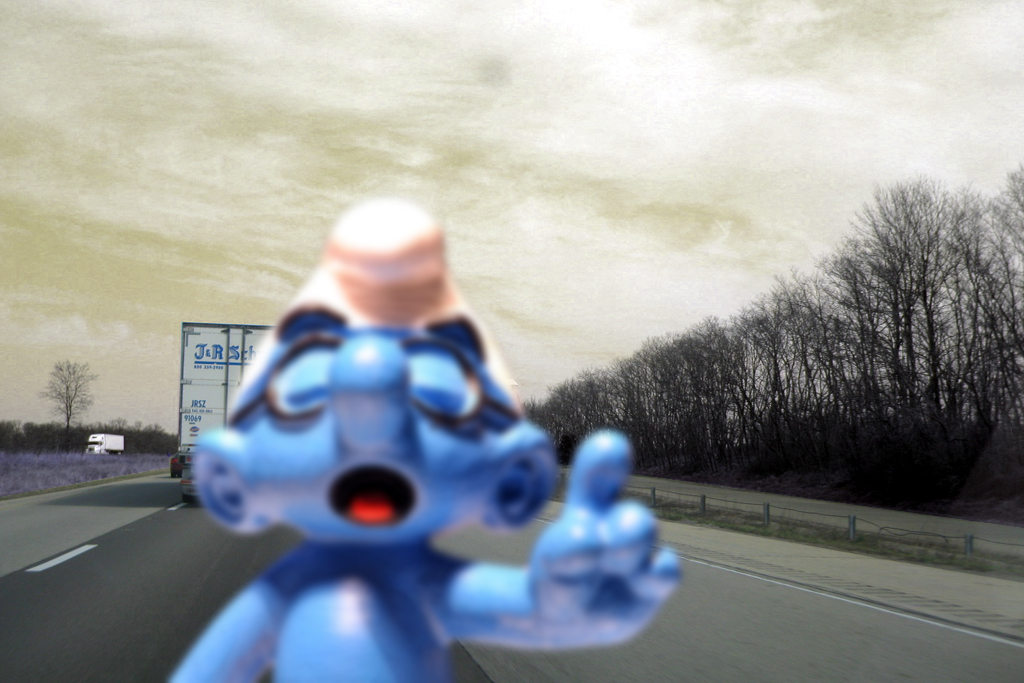 What follows is the first excerpt from Book Three of my Apophenia Trilogy; set 15 years after the birth of the Internet Consciousness (aka WilWheaton).

“Mom didn’t last a week.  We were pretty religious back then, Southern Methodists; living in an Atlanta suburb… grandma said that mom couldn’t reconcile God’s Plan with Man’s Hubris.  Dad had gone downtown to see if he could gather some news– he had been a big Star Trek fan and the whole WilWheaton thing made it too weird for him to log on– mom told me to go out back and play; when I came back in, I just thought she was sleeping.  So, no, it wasn’t really that traumatic.”

Josh scanned over his dark-brown drink– his Dad’s admonishment against calling this ‘bitter piss drip’ a cup of coffee forever ringing in his ears–smiling faintly at his new friends around the table.

“Death was everywhere back then,” Tamara, the slightly younger and slightly plumper girl at the table, answered.  “Shit, I was seven when it happened– mom had died during childbirth, so it was always just me and dad.  I remember being sad at my first three uncles’ funerals, but by the time my dad went the next winter, and there weren’t even enough pall-bearers for a service, I was already out of tears.  We were living in Toronto when it happened, thank god.  Canadian orphanages were at least humane.”

Legacy stories.   They’d become the de facto first conversation for the now-20something set.  A way of locating each other; staking claims; homesteading an emotional connection between Life Before and Life After.  One by one, they’d go around the table telling their tales of what happened when IT happened; a while later they’d move on to describe their experiences of the Aftermath; by the time the night was over, they’d have started talking about Now, and without mentioning it, would never talk about Before again.

That’s what separated the now-20somethings from the octogenarians. When the octos talked, if they could still remember it all, they’d mix Then with Now over and over again; highlighting the sameness.  Sometimes the older ones—the Cento+ers—would mix things up with pre-Web war stories… that was always good for a macabre laugh.

Tamara sighed again, signaling that her story was done, it was Kyle’s turn.

Kyle stared into the table, fidgeting with the veneer peeling at the edges.  When he looked up and saw their four eyes upon him, he flushed.

“That sounds awful,” Kyle said.  “Josh, what about your dad?”

Kyle was signaling that he wanted to skip his turn.  It wasn’t that uncommon, especially among the mid-20s kids; the ones who remembered it too vividly.

So Josh continued, “Dad was okay for a while.  After the first couple weeks, he got to the point where he could log on again if he had to, but nothing like before.  Grandma moved in with us– she said I needed a woman around; a house with nothing but men was no way for a boy to grow up.  One day, maybe a year later, Dad was Googling something when the Internet started talking to him, using mom’s syntax.  It was too much for him.  He freaked out, threw the computer through the wall, pounded around the house tearing out everything Connected and smashing it– that’s how I broke my leg, the TV shelf fell on me when he ripped the PS3 out… Grandma rushed in an grabbed me, took me to the nearest hospital, but they were all younger doctors, they didn’t know what they were doing anymore.  Anyway, Grandma and I stayed with a friend of hers for the next month while Dad calmed down.  We moved back in when we thought he was over it; everything was fine until about nine months later… it was his and mom’s anniversary.  He was watching old wedding discs and one cut-off in the middle of a dance.  A song fragment got in his head, lodged there… he asked everyone about it, but no one could help him remember the rest of it.  He couldn’t bring himself to Google it.  Three weeks later, Grandma and I walked in on him drilling a hole in his head, screaming about getting it out.   There was nothing anyone could do.”

Kyle hadn’t looked up since Josh began talking.  Tamara let out a weak cough of encouragement towards him; Josh finished his dark-brown drip water.  Kyle still said nothing; he still wasn’t ready. 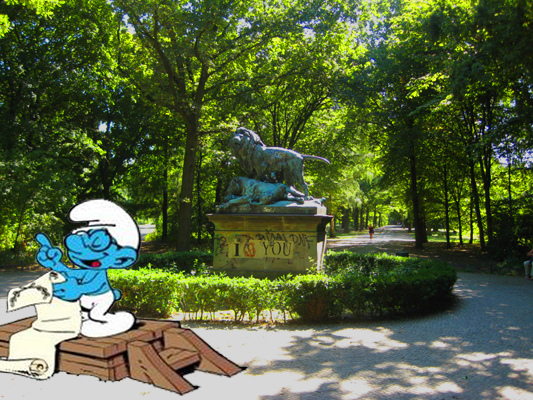 My “ancestors” spoke in swirls:

Tearing Down The House You Grew Up In:
http://www.scientificamerican.com/blog/post.cfm?id=are-old-houses-doomed-the-conflict-2010-03-26

The best toys, and the absolute best memories of my childhood center on the Space Shuttle. Goodbye, Old Friend:

And just to end on a where-we-started note, here’s recursive Wil Wheaton: