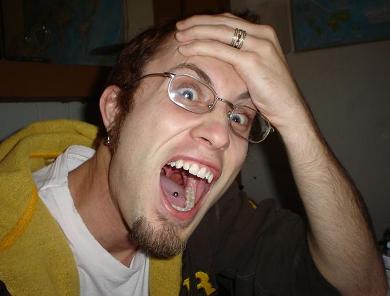 In Freud’s time, the most advance technology was the steam-engine, so, naturally, he analyzed the human mind as if it were like a steam engine… people needing to “blow off steam,” things getting “bottled up until they explode,” our desires needing a “governor,” etc. More recently, with the advancement of computer technology, psychologists have started to explain the mind as if it were a computer (surprise, surprise!). It’s a handy metaphor, even if not a totally accurate one. (This info, mind you, isn’t my idea. I got this straight from my lecture notes from Art Markman’s Cognitive Psychology class… don’t be snide; it was a graduate class I took while I was a Ph.D. student getting the Ph.D. specializing in cognitive psychology… this ain’t no Freshman Psych 101 crap I’m regurgitating).

But I’ve been thinking about the mind=computer metaphor, especially in regards to my own crippling inability to make a decision and the unswerving devotion I have to a decision once it’s been made. Maybe you’ve had similar days/moments. So, maybe you want to know what my day is like? How do I manage my time? What do I do? What’s it like to be me, crippled by indecision and meta-analysis of my options? Well, in terms of the metaphor, I’ve got a buggy program that usually gets stuck in a loop. [Feel free to ignore my dorky life-as-computer-code essay and skip down to the Links!] 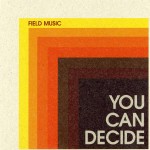 Another score for the good guys in the Brains vs. Gut Feelings approach.
Scientific American Podcast: Take Time When Making a Decision

Maybe you can decide to do both, but your brain will still only do one at a time.
Scientific American: Motivated Faux-Multitasking

Decisions are there to help us feel certain, but Richard Feynman says it’s okay to be uncertain.
Fenyman on the Why Evolution Is True blog

I’m not a philosopher by training, but I sense some slippery semantics afoot.
Deriving “ought” from “is”

Scientific American Podcast: Fairness with Strangers May Be Invention of Large Socieites

Last but not least, I don’t know how this got left out of the decision tree. (NSFW)
Butt Magazine interview with Hawaii Speedo Student

And for an amazingly shallow view on life’s little problems… read this↓ article on that↑ dude’s blog.
What Is My Problem, by Hawaii Speedo Student