I wish I knew what to do with drafts.

I have drafts galore. I’ve got drafts lying around the house, drafts in desk drawers, drafts scattered across computers, drafts in still-unpacked boxes. I’ve got a couple dozen drafts from writing projects, a few tens of incomplete games I’ve been tinkering around with, a couple score art projects in that limbo between idea and realization, and already a summer’s worth of opening salvos on “the apps”— rough drafts for rough trade (well… soft trade, really. (well…)).

I’ve got Word Docs and G Docs and Notebooks and Video Diaries and Photo Albums and Vision Boards and Unedited Podcast Clips and a whole closet full of Half Glued, Half-Stapled, Untrimmed, Unhemmed, incomplete arts, crafts, and fashion (sweetie, fashion) projects. I’ve got a scarf I’ve been knitting for two years, a hypertext novel that’s been percolating for two seasons, a career I’ve been considering for two decades, and a date who’s left me on read for the last two hours.

People say[who?] that beginnings are weird, that beginnings are hard. “There’s so much inertia you have to overcome at the beginning, but once the ball is rolling, blah blah blah.” That’s not true at all. Surprise, surprise! the laws of basic physics don’t really apply to the laws of creativity and human will. Truthfully, it’s damn easy to begin— Once upon a time, [This site under construction], Hiya, I’m Doug…— it’s the momentum, the follow-through, the figuring out what comes next that’s hard.

Where do we go from here? The next step is always harder; it’s slow, it’s tedious, it’s covered in self-doubt and tangled in the tendrils of possibility, it’s getting lost in the ideal when the reality is messy, it’s navigating between the Scylla of ___ and the Charybdis of ___. (I started the cliché, see how easy it is to begin!, now you can finish it; take my draft and make it final. (Take, these broken wings, and learn to fly again, learn to live so free…)).

So there they sit, a draught of drafts I keep poring over. The novel about the bisexual alien time traveler. The card game about cryptids. The video series where I assemble classic 80s Lego sets and eat donuts in my underwear. The RPG about a monstrous take-over of a small town. The short story about the rocketeer. The other novel about the bisexual alien time traveler. The guy I thought I was dating. The life I thought I was living. The direction I thought I was heading. Drafts upon drafts upon drafts, abandoned, unfinished, and quickly going nowhere. 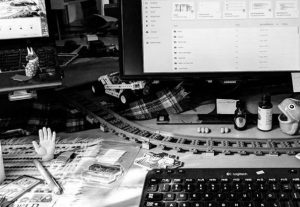 Life isn’t really a DRAFT & EDIT situation, though, is it? Life is more like those Other Things sitting in the draft folders, the placid monsters that show us another way: the major revisions and reconsiderations. The but what if instead… moments when just as you think you’re at [ProjectX-FinalVersion_FinalDraft-Version3_Complete_LatestEdits] you discover you’re actually at [ProjectX-b]. You’re pivioting— taking it on a new path, a new journey, a new direction unpredictable and orthogonal to whatever you’d already done. Parts of it are darling enough not to kill, but it’s time for a major overhaul, and while you still see the beauty in the idea, the execution need an executioner and it’s time to break it down and see if you can mosaic something worthwhile from the pieces. It’s time for a reboot.

REBOOT! I’ve done that a few times. Deleted everything but the kernel, the spore, the idea that the project was grown from, and started it all anew. That aforementioned RPG has been rebooted twice now, and so has my career, and so has my marriage (though the line between reboot and remix is growing increasingly hazy for the latter two)… Baby’s getting good at goodbye, except not really; baby sucks at finality, so baby’s still holding on, clutching every draft, every version, every trial, and every error. Baby never lets go of a possibility, so she’s burying herself in potential.

She’ll die under all those options. 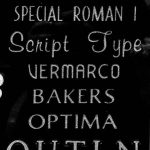 I know a woman who says she always writes in final form, never drafts, and that when a draft was needed for school projects, she’d have to reverse engineer it—fake it after the fact. But that doesn’t really mean there were no drafts; they were just in her mind; she line-edited herself between thought and paper. Because there’s always a draft, first.