The Singularity is coming… 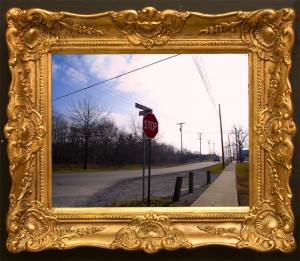 …or so says Ray Kurzweil.

And while technicians, sci-fi writers, and futurists quibble over the details of the Singularity, within these we find that fundamental questions remain unasked—questions so integral to Singularity Studies that, until they are answered, each talking point amounts to little more than piss in the theoretical river. I’ll get around to those questions in a minute, but first, what is the Singularity, exactly?

The term singularity describes the moment when a civilization changes so much that its rules and technologies are incomprehensible to previous generations. Think of it as a point-of-no-return in history. ¶ Most thinkers believe the singularity will be jump-started by extremely rapid technological and scientific changes. These changes will be so fast, and so profound, that every aspect of our society will be transformed, from our bodies and families to our governments and economies.

Technological singularity refers to a prediction in Futurology that technological progress will become extremely fast, and consequently will make the future (after the technological singularity) unpredictable and qualitatively different from today. … ¶ Theoretically, if a machine built by humans could bring to bear greater problem-solving and inventive skills than humans, then it could design a yet more capable machine. If built, this more capable machine then could design a machine of even greater capability. These iterations could accelerate, leading to recursive [machine-based] self improvement. … ¶ It is alternately suggested that a singularity could come about through amplification of human intelligence to the point that the resulting transhumans would be incomprehensible to their purely biological counterparts.

And going back to Kurzweil’s original definition (taken from the Wikipedia entry on Kurzweil’s 2005 book The Singularity is Near):

Kurzweil first defines the Singularity as a point in the future when technological advances begin to happen so rapidly that normal humans cannot keep pace, and are “cut out of the loop.” Kurzweil emphasizes that this will have a profound, disruptive effect on human societies and on everyday life, and will mark the end of human history as we know it. In place of normal humans, Strong Artificial Intelligences and cybernetically augmented humans will become the dominant forms of sentient life on the Earth.

So, in a quick, extrapolated, digested summary, the Singularity is a time/point when most of the following will (have) be(come) true:

Will we recognize the Singularity when we see it? 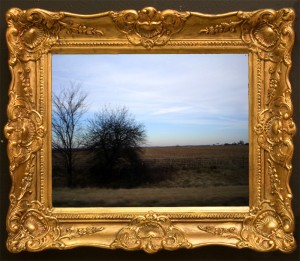 Humans are notoriously bad at predicting the future—most predicted futures are little more than gussied-up present-days; is there any reason that our predictions for the world of the Singularity should be any different?

When I was a kid in the early 1990s, AT&T did a series of commercials—the “You Will” ad campaign—about what the amazing AT&T-jet-pack enabled future would look like. At the time—less than 20 years ago, mind you—everything they showed us seemed unimaginably far-off, like an honest-to-dirt Star Trekian future. I finally found those commercials on YouTube recently, and, well… see for yourself:

Rewatching them now, is there anything in “You Will” that still feels like The Future? Most of that showcased technology now seems beyond commonplace, bordering on clunky, old, and antiquated. Again, this was less than 20 years ago. As quoted on io9, of the coming Singularity, MIT Research Scientist Rodney Brooks said:

“The lives of our grandchildren and great-grandchildren will be as unrecognizable to us as our use of information technology … would be incomprehensible to someone form the dawn of the twentieth century.”

But because each of these generations coexists alongside one another, what may be Singularity-like advances as understood by the younger generations would a priori be misinterpreted by older generations. After all, how could anyone be expected to recognize something that’s by definition unrecognizable? Is there any greater hubris than to believe we would comprehend the fundamentally incomprehensible?

It seems unreasonable to expect to wait for the whole world to catch up before we start hailing the arrival of The Singularity. After all, we’ve been talking about the Information Age for over two decades now, even though many parts of the world still don’t have clean drinking water. I’m not getting on a worldcare soapbox, I’m just pointing out that even with the Singularity we should expect some trickle-down stragglers. Is there then a critical point where >n people need to have been affected by the Singularity before we acknowledge it?

How about the four-part paradigm shift—Technology, Society, Government, Medical—the Singularity will bring? We surely can’t expect to wait for each of these to fall in line before we claim the Singularity is here. Government is notoriously slow to change, the diffusion of medical care relies on a government, which relies on a Society that’s eternally fractured into the more progressive and more traditionalist camps. It seems that Technology will be the first to change, ushering in the other cultural pillars. This is nothing new and is wholly in line with Kurzweil’s outline. But, again, when do we start to describe the world as post-Singular? Only after all four entities catch up? That will likely take much longer than the 35 years we have left before Kurzweil says we’ll be post-Singularity (2045).

So, summing up the major questions… Regardless of where one stands in the Singularity debate, we still don’t have a reasonable answer to whether we’ll notice the change or how the change will proceed. This can be further reduced to saying that while Kurzweil et al. appear to have a good idea of the *post-* Singularity and *pre-* Singularity worlds; they don’t have even a suggestion for what the *intra-*Singularity world might look like. Which brings me to my third point…

We’ve already moved into the realms of transhumanism, with artificial arms, artificial legs, and artificial eyes. And while these may, for now, be mere single instances—case studies—in transhumanity, that’s my point. What’s the critical level, how many transhumans must we have, before we admit they’re here? [I’d also point out that we post-modern humans are a far cry from our pre- and early-modern brethren in other ways as well].

And what of technology? As the Cybertheorist blog reminds us, the world at large has already hit the Age of the Zettabyte, while here in the U.S., defending the homeland is becoming more about virtual security than geophysical defense. And, as I’ve pointed to in previous posts, current human interaction with technology is both much further reaching and more unlike previous communication analogues than I think we realize.

That is to say, I think we have already reached the age where the older generation doesn’t understand technology or society—at least not in the same ways that their kids and grandkids do. Perhaps rather than debating the Singularity and what the post-Singularity wold will look like, we should start to accept that we’re already living it—the Singularity isn’t near, the Singularity is now. 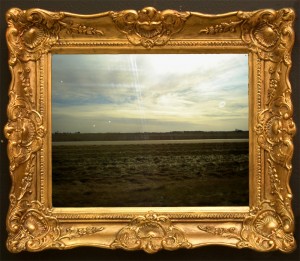