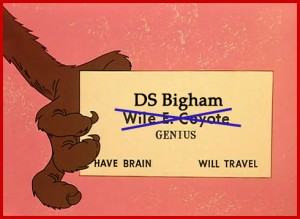 Or, more specifically, I got a paid position in the exact field that I’ve been training for these last 14 years. I got a career.

I have a permanent room in the Ivory Tower now. It feels good. Cool. Refreshing. Intentional. Adult. That’s how it’s supposed to feel, anyway. 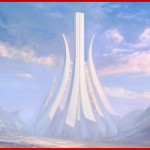 Instead, it feels… not quite that. More anxious and accidental than it “should”– more adolescent.  But that’s not really the job.  Juxtaposing the expectations of my “adult career” with the circumstances of my “adult life” leaves me cleft and disjointed; dissonance as a state of being. I worked for fourteen years, spiting the emotional for the intellectual and then repairing it, building relationships, networks, and friendships, for what?  To spite it all again, move across the country, leave everything I’ve known, and work for five times the debt and half the pay of what I’d have had in any other field ten years ago. It’s institutionalized masochism. The worst part?  It still isn’t enough. I’ve achieved all that I wanted, but what I’ve achieved still can’t pay the bills. 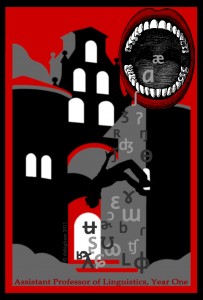 …back to his old job, so we could make ends meet. Him now returned to Texas and me still in San Diego with few friends and even fewer dollar bills, I’m trying to relish the solitude, to really live a life of the mind. In between watching public access TV with the dogs and finding excuses not to go to the gym, I’ve begun casting myself in all the great roles: Conrad’s Kurtz, Leopold sans Loeb, the dude from “Notes from Underground”, Richard II, the crazy guy living in the Library of Congress in Logan’s Run, The Last Man On Earth, The Omega Man, and of course, I Am Legend (though, being neither black nor republican, these last two do stretch the boundaries of credibility)…

It’s cliché to say it feels like falling, but it does. Constant falling, weightless, ungrounded, a pervasive anti-climax of dull anxiety. I want to go home.

Le sigh. I can’t complain—literally, I’m not allowed to complain. I got a good job in a good location at a good university. If I complain, it’s piss in my friends’ Cheerios. Would that they had the tenure-track, sunny California problems I had, they’d say. And I recognize my good fortune, I really do.  Professionally, I have it better than most people; personally, I accepted this life when I started it. Rapunzel would kill to be locked away in a Tower as nice as mine. And, honestly, I’m not complaining.  Not about the job, anyway.

It’s the change that’s getting to me.  I don’t like change.  And the clash.

In my life, I’m successful, well respected, broke, stuck, and alone. What am I supposed to do with that?

In the end, one can only hope, ironically, for more change, change from an end of one thing to the beginning of another; the hope that this drear will change into something better, that this, too, will come within time’s bending sickle’s compass, that this decision was the right one, that this isn’t just change, but metamorphosis…

I’m not really used to this anymore.