Skip to content
HomeBloggingWho Are We?Mars Retrograde: Prescription for Love

We’re midway through Mars retrograde right now, so its power, its draw, its influence is blocked and inverted because Mars is travelling backwards. Mars— planet of conflict and confidence, planet of personal action and survival— feels all hinky, directing conflict inwards, kicking dirt on confidence, making survival feel harder than it needs to, because Mars is travelling backwards.

It’s not really travelling backwards, of course, that’s just a trick of the light, but still… Mars, Mercury, Saturn, Neptune, and Pluto. They’re all retrograde, they all feel like they’re going backwards, turning inward, but we have to remember— their path is the same as it ever was. Just like my path, just like our path. We’re all still moving forward.

It feels like we’re travelling backwards, like our energies are blocked and inverted, like we’ve gotten twisted, but no— it’s just a trick of the light. We’re on the same path we’ve always been on. We are moving forward, we are progressing, we are growing. That’s the real secret of retrograde planets… they don’t fuck things up— no matter how often we faeries shriek and blame Mercury retrograde for everything from a busted laptop to a lost phone— it’s not the planets’ fault. They’re still moving forward; it’s our perspective that creates the confusion. The planets never stop moving forward. 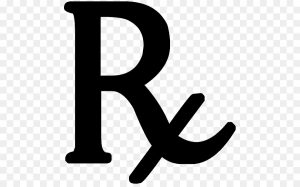 The symbol for a retrograde planet is ℞ — “Rx” like a prescription. Universe is prescribing us some Mars right now, and like an antibiotic that carpet bombs the body to kill the bacteria, trading a sore throat for urgent diarrhea, Mars is taking its aggression and pouring it inward; side effects may include feeling weak, powerless, and unstable. And just like any other prescription, it’s best to take it easy, get plenty of rest, drink plenty of water while your body heals, while your soul heals, while your plans take a minute to heel.

Take stock, take a minute, take a breath, consider your perspective— the world is a fucked up, wounded place right now; like a badger caught in a broken tree stump, lashing out at anyone and everyone, thrashing in the craggy hole that’s become its cage. I think the prescription for Mars (and Saturn and Neptune and Pluto) is antibiotic for our badger’s broken bones, and we have to stop thrashing if we want a chance to mend. We can look to the stars for guidance, but the planets haven’t stopped moving forward and neither should we.

The world is a fucked up place right now, but lashing out isn’t the way forward. I get it, I get it, I get it. The forces of strife are so inimical to the ideas of love that fighting back feels like the only option— get angry! fight the power! gay rage!… but as for me, I’d rather swish than fight.

It’s not giving up, it’s not giving in, it’s not sticking my head in the sand and remaining ignorant, it’s not pretending everything is okay, because I know that everything is most certainly not okay. But I don’t think anger can do much in the fight against anger. And the people on the other side are Most Certainly Angry— they’re angry and hateful and spiteful and twisted and grotesque and scared and hurt and wounded and … pffff… and they need love, not rage. Wonder Woman taught us way back in the 80s that the only way to defeat strife is with love. Radical love. Because, just like Mars, we are still moving forward, regardless of how it appears.

So that’s what I’m calling for— that’s what I’m still calling for. I’m calling for love, starting with ourselves. Mars feels like it’s kicking dirt on our confidence and making survival feel harder than it needs to, but that’s only because our perspective is limited. Shift our perspective and we can rewrite the stars; action doesn’t have to equal aggression; anger and destruction and isolation can only be defeated with love and creation and acceptance.

The Universe has given us a Martian ℞ — taken once per night, preferably with lots of water, and we still have half a bottle left to swallow (Mars is retrograde until August 27th, give or take). Consider another way to fight, friends.

[NB: If you walk away from this piece and you’re thinking “yeah, but astrology is hogwash” then I kindly suggest you’ve missed the point. Mars in retrograde doesn’t need to be anything more than a jumping off point; I could have just as easily framed this with “I saw a red jeep today” or “a few lines composed by the dry lake” or anything. You don’t have to believe in the metaphor in order to hear the message.]