The path lay splintered at my back. 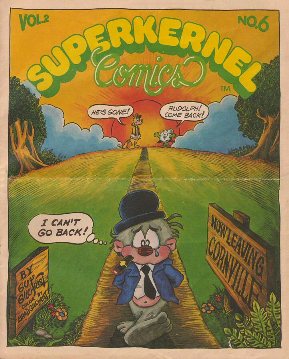 Easter is always a time of ‘could have beens’ for me.

When I was 16 I was in a pretty horrific car wreck.  I was going 45~50mph down an old dirt road that intersected with an empty black-topped stretch of old coal-mine byway.  Only I didn’t know where the intersection was and some stupid kids earlier that day/week/month (it’s not like the county really checks up on these things) had decided it would be hilarious to knock down all the warning signs that were supposed to tell me, “Slow down, you’re about to intersect that mine road where everyone drives too fast because it’s black-topped and the cops are never out here.”

Anyway, all signs down, night upon me, unfamiliar with the drive as I was only 3 months into being sixteen, distracted by the teen-drama accusational narrative spewing from my idiot friend in the passenger seat, I came upon the intersection to the mine road with no awareness that it was coming at the same time a car driving too fast (~75mph) on the black-top was coming upon the old dirt road.

We intersected, violently, my car flipping 5 or 6 times, a couple times end-over-end, and I ended up being rushed to the hospital (the intervening details being too high-stakes-melodrama to need recounted, although I’m always amused by the memory of incessantly apologizing to the older couple whose house became ground-zero about the blood I might have been dripping on their carpet).

The hospital, being run and populated by the same left-tail-of-the-intelligence-bell-curve as the rest of the county, didn’t think there was much wrong with me—I was just a little banged up and probably drunk even though the “machines couldn’t see it” (NB: I didn’t drink—or do anything else—at sixteen)—and were ready to send me merrily home.  My parents, in their infinitely wise ability to spot infinite stupidity in others, demanded a second opinion by a doctor who wasn’t also a vet, and ordered the body-wagon to take me 45 miles south to the college town two counties over to be checked out in the nearest thing that passed for a real hospital by a doctor who understood enough to order real tests before declaring me fit for discharge.

Wonder of wonders, turns out the idiots at the first hospital were wrong, my spleen had burst, and had I gone home I would have bled out and died, no question.  So, as you can surmise, thanks to the wisdom of my parents and the expertise of the doctors in the college-town-two-counties-over, I’m alive today, but, bringing me to the point of this post, I very very nearly wasn’t.  I could have been killed.

So, the Easter/mid-April time has always been a reflective one for me, a time to look back on that night, so many years ago, and think about what could have been had my parents not made that one little decision to demand a second opinion.  It was, in terms of spreading network theory, a choice-point, the rock tossed into the clear water whence all these ripples originate.  But, while in retrospect it has become the single most important choice-point in my life, it was by no means the only one.

There are a few more, but that covers the majority of the list. The choices I’ve made, the ways I chose when roads diverged, the paths laying fractured behind me leaving me always wondering where I could have gone, what I could have done, who I could have been.